Nebraska head coach Frost, talked about where the focus needs to be heading into the game against No. 6 Ohio State.
Thursday, November 4th 2021, 2:28 PM CDT
By University of Nebraska Communications 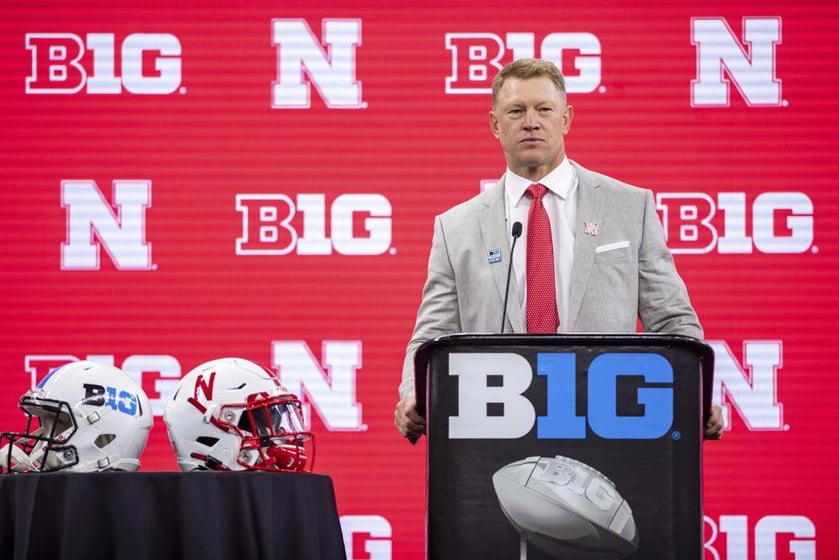 Nebraska head coach Scott Frost met with members of the media following Thursday's practice. Frost talked about where the focus needs to be heading into the game against No. 6 Ohio State.

"The first thing we need to do is prepare well," Frost said. "We have done that. Then we have to go play well.  I think we have played well but we have been talking for a few weeks now about making the key play when it matters the most. If you are ever going to win a game like this you are going to have to make some key play."

Frost was asked what the key for quarterback Adrian Martinez will be on Saturday.

"I think it is the same thing I talked about with the team," he said. "He plays such good football most of the time. It is some of the key situations key plays where we have not gotten that done as a team. Sometimes that has been him. I felt bad for him Saturday. He had done a good job with turnovers and interceptions this year until that game and if you do that in a game you are not going to win it very often so that was tough. Again it is decisions and execution and key situations and we have a lot of guys capable of doing it. We have to do it."

"It is just good to see the progress," Frost said. "There is going to have a lot of things come together here for Nebraska to be elite like everybody wants it to be again and that is a big part of it. I know we are grateful to the people that have contributed to make it happen."

The Huskers play the Buckeyes on Saturday, Nov. 6 at 11 a.m. on FOX in Lincoln, Neb. at Memorial Stadium. Radio coverage will be provided by Huskers Radio Network.