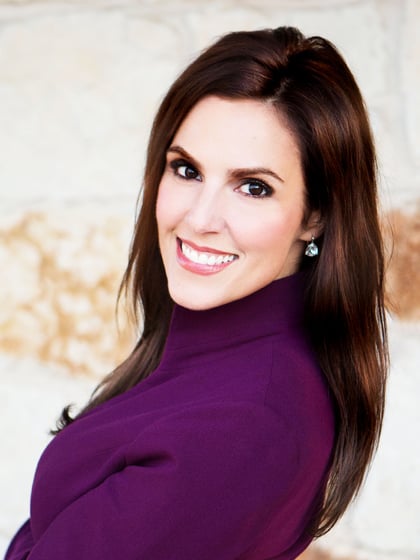 Taya met the love of her life, Chris Kyle, in 2001. They married a year later and eventually welcomed two children together. Chris was a Navy SEAL and served four tours of duty in Iraq. He is known as the most lethal sniper in United States military history.

Chris was honorably discharged from the U.S. Navy in 2009 after an illustrious career. Three years later, he released a book: American Sniper: The Autobiography of the Most Lethal Sniper in U.S. Military History. The publication spent 37 weeks on the New York Times bestseller list and brought national attention.

In 2014, Chris’ life was the inspiration for the film, American Sniper. Directed by Clint Eastwood and starring Bradley Cooper, the movie would gross nearly $550 million worldwide. The picture was critically acclaimed and received numerous Oscar nominations. Sadly, before the film was released, Chris was shot and killed at a shooting range in Texas, leaving behind Taya and their two children.

Taya’s presentation is titled, American Wife – Taya Kyle: A Story of Resilience, Courage & Finding Purpose. She has persevered through one of life’s most difficult situations: losing a loved one. Her presentation will share a compelling story of fighting through the toughest of times to emerge an even stronger person by relying on faith, family, freedom, and a healthy sense of humor.

For more information and to register for the free event, visit bryanhealth.org/american-wife.  A Box link with an interview with Taya, footage, and photos is available for use in your stories.