One of the main goals for the Peru State volleyball team in 2020 is to secure a winning record for the season.
Monday, August 31st 2020, 6:48 PM CDT
By Peru State Athletics 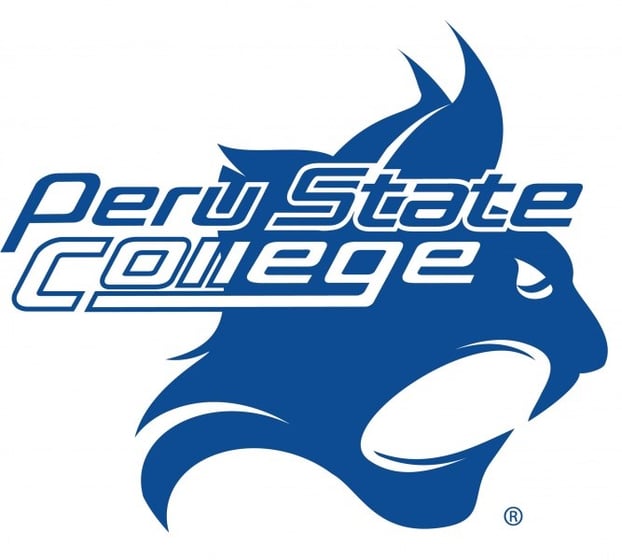 (Peru, Neb.) – One of the main goals for the Peru State volleyball team in 2020 is to secure a winning record for the season. In addition, another goal will be take the next step in post-season play.

The Bobcats finished with a 7-11 Heart of America Athletic Conference (Heart) mark and were 11-25 overall last year. Each win total was one less than the previous season.

The road to improvement will be challenging as it is assumed that several of the team's opponents will be ranked when the initial NAIA preseason poll comes out.

Last season, the Bobcats did make the Heart post-season conference tournament, but fell to the Eagles of Central Methodist (Mo.) in the first round of the tourney.

In addition, Mallory Matthies had started for the Bobcats for the majority of the past three seasons.

The team returns one all-conference performer from 2019. Senior Tyra Mollhoff (Lincoln) earned Heart honorable mention as a middle blocker. Mollhoff has played in 245 games over the first three season and has amassed 274 kills – 164 of which came last season. She averaged 1.4 kills per set last year while hitting just under .200. In addition, Mollhoff more than doubled her efforts in blocking last year as she had ten solo blocks and 55 block assists.

Peru State returns many others from last year who had significant playing time. Two of those include setters Cassidy Davis (Colorado Springs) and Hannah Burianek (Lincoln). Davis is a senior while Burianek is a junior. The two combined for over six assists per set last season.

Hitters Dawson Sharman (Sidney) and Pyper Roseberry (LaVista) are among the hitters who are returning and started throughout the season. Sharman will be looking for time on the outside while Roseberry will be vying for either a starting role at the opposite or middle blocking position.

Defensively, a pair of players return and will be vying for the libero role. They include Arianna Waschowski (Bellevue) and Cheyenne Birkle (Holden, Mo.). The played in a combined 157 sets and averaged over four digs per set.

Other returners who will be challenging for starting roles include sophomores Randee Witt (Salem) and Jaime Copenhavre (Omaha). Witt is a setter and Copenhavre is an opposite/middle blocker. Also, Mattie Nichols (Auburn) returns after a red-shirt season while rehabbing from an injury. Nichols is a defensive specialist.

The Heart now has 14 teams competing in volleyball with the 'Cats being part of the seven-team North Division.

The Bobcats are picked 11th in the conference's pre-season poll which ranked all 14 teams as a conference, rather than by division.

The 2020 schedule has changed many times due to the Covid-19 pandemic and could continue to change throughout the season. All NAIA teams had their season openers moved back to Sept. 5.

Initially, the Bobcats were scheduled to play in the Bellevue Tournament, but it was cancelled. So now the 'Cats will open in Sioux Center, Iowa, facing Northwestern (Iowa) and the hosts Dordt in matches beginning at 11 a.m. and 1:30 p.m. on Saturday, Sept. 5.

The regular-season home opener will be on Labor Day when Peru State hosts Culver-Stockton (Mo.) at 4 p.m.

The Bobcats will be hosting their own Fall Classic and it has undergone many revisions due to the pandemic. At present, it still will be a two-day tournament on Friday and Saturday, Sept. 11 and 12. The final schedule will be set soon.

Senior Recognition Day is planned for Halloween against Evangel (Mo.) at 11 a.m.

The complete schedule can be found on the Bobcat athletic website at https://pscbobcats.com/sports/womens-volleyball/schedule

Fans will be able to follow live stats as well as watch home games via provided links. All games will be linked to the schedule on the website.

This is the first year in at least 25 years that Peru State will have a junior varsity team. They will play approximately 15 contests. There will be no charge for junior varsity games which are played on individual nights. However, most will be held prior to a varsity competition.

Laurie Felderman is beginning her fourth full season as the Bobcat head coach.

Felderman is being assisted this fall by Madison Peters and Jhessica Martins. Peters joined the team in January as a fulltime assistant. She is a native of Arizona and played at Benedictine University in Arizona where she earned her bachelor's degree. Peters recently completed her masters from McDaniel (Md.).

The third member of the coaching staff is former Bobcat standout Jhessica Martins. A graduate assistant, Martins is pursuing her masters through Wayne State.

In addition, former Bobcat Camila Ruiz will serve as a student assistant.