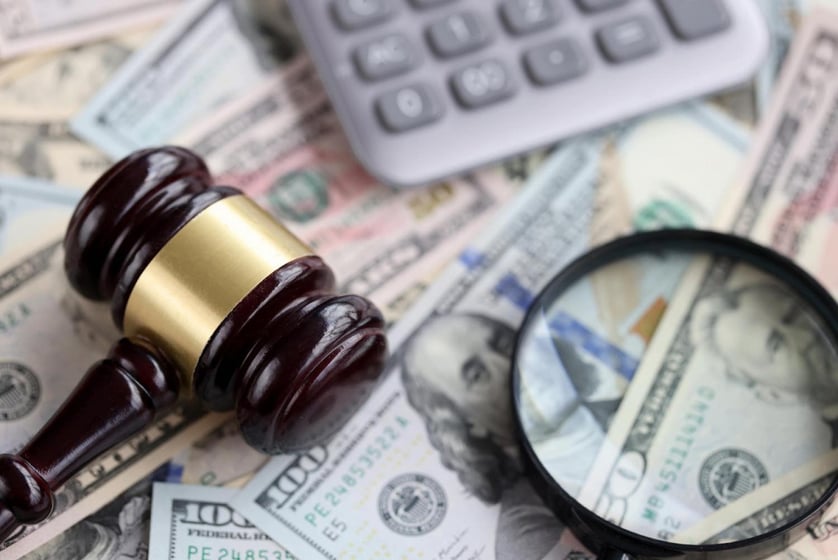 As remote depositions take on a new significance, the role of videographers is now more complex than ever. While video experts have been essential figures in the past, technological advances have fundamentally changed the equation, causing law firms to look at their deposition budgets more carefully.

Although high-quality video is still necessary – perhaps even more so – there are a few questions that need to be considered before determining whether you need a professional videographer on your deposition team.

A lot has changed since the early days of the pandemic. When non-legal, mainstream video conferencing platforms began handling depositions in bulk, a videographer was necessary and could help polish the overall look and ensure quality. But firms now have more to think about than merely shaving travel budgets with remote depositions. As competing firms utilize more efficient deposition technology that offers all the features needed for a successful remote deposition in one secure platform, every role in the video deposition process is worthy of scrutiny.

How Videographers Have Been Vital to Professionalism in Legal Proceedings

To understand why the most expensive deposition videographers can charge thousands of dollars for a remote deposition, we need to take a quick journey to the early 1990s to look at nascent video technology. When video depositions were officially sanctioned on the federal level in 1993, the day's hottest tech was minimal compared to today's standards.

While it seemed at first that anyone with a bulky, shoulder-mounted camcorder could film a deposition, it quickly became apparent that amateurs weren't skilled enough to capture professional-looking depositions.

More than just the skillset, a trained videographer would bring the correct – and often very expensive – equipment, alleviating the need for lawyers to turn into semi-pro video experts. Instead, lawyers could focus on their clients and the legal strategy while knowing they would end up with a professional-looking product. Considering the high standards for depositions, lawyers quickly and rightly accepted the importance of videographers.

Even as remote depositions slowly gained acceptance over the next couple of decades, the role of videographers wasn't seriously challenged. Although video technology became easier for amateurs to use, it was still a risky gambit to trust anyone but a trained videographer to capture the key moments of a deposition.

Entrenched in the habit by the 2010s, law firms largely accepted videographers as expensive but necessary pieces of the puzzle right up until the onset of the pandemic. But with the increase in remote depositions and web-based, legal-first platforms to conduct them on, firms today have options that offer flexibility without compromising quality.

Why Legal Videographer Costs Are So High: What to Consider

Videographers may have been experts in the early days, but they weren't necessarily legal-first experts who were explicitly proficient in capturing what was needed for a deposition. This changed as programs developed that coordinated video skills around legal principles.

A common step for many videographers is to become a Certified Legal Video Specialist (CLVS), which requires formal training and promotes industry standards. Organized by the NCRA (National Court Reporters Association), the CLVS program is designed to separate legal videography from less formal types of video capturing.

While training has provided a basic skillset that adds definitive value to a videographer's services, each videographer—or group of videographers—determines their fees. Even if some offer straightforward pricing, many videographers still use a complicated fee structure that can make it unclear just how much the final bill will be. Some components of a typical videographer fee structure include:

We may be living in a digital environment, but videographers are still largely tied to the physical realm — at least, as far as their fees go. Although some videographers do not charge for setup and teardown of equipment, many still do; in some cases, a videographer may even charge for one but not the other. Videographers might also charge for travel expenses, adding a particular cost burden for more remote locations.

The overall rate also can be somewhat difficult to understand. One videographer might charge a relatively low hourly rate but will have a two or three-hour minimum. In other agreements, a videographer might have a daily minimum rate that is spiked by various fees. Hourly and daily rates will usually correspond with experience and certification level.

It's also important to consider any fees associated with the final video product. DVD production and shipping typically come with a cost, although these days videographers usually just transfer footage digitally. Whichever method is used, finding at least some clarity is critical to coming up with a reliable budget estimate before a remote deposition. With a videographer's fee structure often being difficult to decipher, those that provide a more transparent expected cost can help law firms avoid surprises.

Traditional Videographer Methods and Timelines: Are They Becoming Dated?

With the explosion of video conferencing, everyone is now used to being able to connect from anywhere. On top of the omnipotence of video, we have also come to expect a much quicker exchange of information due to the rise of cloud-based digital technology. While a videographer historically has had some time to edit and turn in a final product following a deposition, this entire process can now be streamlined and delays are no longer necessary or routine.

Related features that videographers now have to compete with include:

One of the most important developments of the next generation of legal tech is how fast a rough draft of a video deposition can be accessed. A videographer who charges hundreds of dollars an hour, but cannot instantly deliver a rough draft, is at a distinct disadvantage compared to a legal-first platform utilizing the benefits of automation. Immediately accessing and downloading secure video files allows a legal team to swiftly begin the post-deposition process.

The best options also allow automatic syncing between the transcript and video files. This feature helps ensure transcript accuracy while providing a convenient, efficient way to navigate deposition videos. Instead of simply providing high-quality video, a videographer must provide a product that a legal team can easily work with following a deposition.

Related: Are You Picking the Right Remote Deposition Service?

Video quality has also largely caught up with the expertise of a videographer. Firms utilizing top-tier legal tech can quickly produce high-definition, a witness-only video that looks and sounds extremely professional. While a videographer used to be the only way to guarantee that level of professionalism, today's tech-driven reality has fundamentally altered this dynamic.

Although remote depositions were already on the rise before the pandemic, they are now nothing less than instrumental. But not all components of a video deposition have remained the same, as advancements in legal tech have called into question established roles like videography.

Utilizing automation and evolving video tech, single-source deposition solutions can now offer a more efficient approach and high-quality results. In that environment, videographers now have to justify expensive hourly rates that used to be the standard operating procedure.

Perhaps most critically, advanced legal tech services of today offer a simplified fee structure that is much easier to understand. While each videographer might have a different billing process, legal-first tech tends to offer a standardized approach that doesn't require a calculator just to estimate the final bill. Add in billing variables for the other components (e.g., tech expert and notary) and it's easy to see how a traditional deposition budget can be shrouded in mystery.

Despite the availability of new tech, only one in three lawyers believes their firm is ready to utilize technology to its advantage. This leaves considerable room for growth as firms figure out the best ways to incorporate legal technology into their overarching strategies. Ultimately though, firms will find that remote deposition platforms offering videographer and court reporter services will be the high-quality, cost-effective answer they’re looking for in this new era.

Can You Cut Out the Videographer for a Remote Deposition?

Having a tech expert, notary, and videographer alongside a court reporter used to be the only way to properly capture a deposition. But this made for a complicated booking and billing process that could often produce an inconsistent work product. Though law firms became used to assembling such personnel, it has always been a cumbersome and inefficient process that didn't necessarily serve the best interests of a firm or client.

With the incredible advances in video technology and automation, professional videography can often be the most difficult expense to justify. As the dramatic rise of digital court reporting continues in the post-Covid era, new legal tech offers an opportunity for firms to provide more for less. Tech-proficient court reporters can, in many cases, provide all the services that used to be divided between the videographer and other deposition personnel. With such a stroke of automation-enhanced efficiency, many law firms are taking full advantage of legal-specific platforms that can cut costs while maintaining very high levels of video quality.

Moving into the Future with Remote Depositions

As history has taught us repeatedly, technological innovations that are adapted first are not necessarily the ones that are built for the long haul. While the most prevalent video conferencing platforms initially seemed to be ideal places to capture remote depositions during the chaos of a global pandemic, that trend has already shifted significantly as firms realize their need for specialized platforms on which to conduct legal business.

In a similar vein, the critical importance of a videographer at the beginning of the remote-deposition era doesn't mean a videographer's role is guaranteed. As law firms reevaluate in the aftermath of a crisis, they now have an opportunity to be much more selective with how they generate high-quality remote depositions in an increasingly flexible world.

To learn how to make your firm's remote depositions streamlined and efficient without sacrificing quality, contact Remote Legal to see how our legal-first, fully-featured platform can help you manage your remote depositions today and in the future.

Information contained on this page is provided by an independent third-party content provider. Frankly and this Site make no warranties or representations in connection therewith. If you are affiliated with this page and would like it removed please contact [email protected]